Live Between Us: An Era

Living on the border (Buffalo, NY) with Canada has always meant Canadian radio stations can always be tuned into. Canada also has a rule that a certain percentage of the music played on those stations must be by Canadian artists. So many of those bands developed “Cult-like” status here and many of them would play here often.

One of the biggest bands from Canada (besides Rush) to play here is The Tragically Hip. They can play to crowds to roughly of 15k here. And I saw them once at the 9:30 Club in Washington, DC where the Sold Out crowd of less than 500. I could never figure out how their music never found its place outside of the Northeast area of the US.

I started to hear them around 1990-1991 when their Fully Completely album was released. And would see them for the first time at the Sold Out arena on the tour supporting The Day for Night album. They had that “Magic” when it came to the performance. One of the Best Live bands to see. No fancy stage show. Just the music. They started the show and just played the set. No Time Out Breaks. One song went into right into the next. And before you realized 90+ minutes had passed.

The band also has that Lead Singer who is the Perfect Front Man. Gord Downie. He has the voice but he also interjects these Stream of Consciousness lyrics into the songs. It is hard to describe. Because it is something that Should Be Experienced.

And now that Experience seems to be coming to an end. It was announced today that Gord has terminal brain cancer. And soon the band will be announcing the next album and tour. It appears that the 30+ years of music is coming to its end. Inevitable as it. It comes Unexpected. And yet I wish him nothing but Bravery. 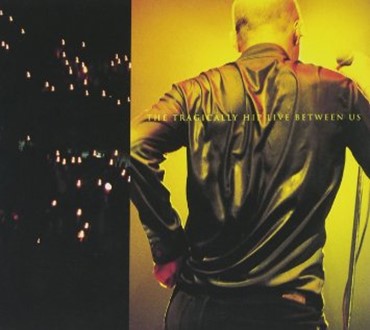 I am guessing they will make an appearance in Buffalo on tour. But the odds of me being able to get a hold of a ticket are slim at best.

But I have the albums and I have the memories. And instead of looking at what is about to lost. I rather hold on and enjoy what I have had. And that goes beyond just the music here.

Everything has its Era.

There is only one Official Live Album. Live Between Us. Released in 1997 is the most underrated Live Album I have ever heard. It is a recording of One Show and is not re-edited for release. It is as close you can come to Experiencing them live without being present.

This is NOT on the album but from time to time the Canadian stations will play this Bootleg.

And by the way Grim Reaper. Can you stop eyeing up our Musical Icons for a bit? How about the ones you are missing? Maybe this a bit too much. I am not wishing an early death on them. But could you arrange for them to have a long bout of laryngitis? Or better yet. Break their fingers. (They will heal) So they cannot make any Jackass Comments on Twitter.

This entry was posted in Just a Thought, Music. Bookmark the permalink.